Recently there has been much talk about the Mersey Ferry service in Liverpool. I thought I would but my hat in the ring and give my five point plan. Recently mayoral candidate Joe Anderson has announced that he would order a new ferry, meanwhile owners Merseytravel have been looking to close one of the landing stages.

In London Thames Clippers have proved an effective part of the public transport system. Therefore additional landing stages would be added to the service to make it a more effective addition to the transport network.

Waterloo/Crosby Marina, a new terminal here with a large parking area would support commuters and day trips to New Brighton, this ability to park next to the ferry should drive up usage.

Liverpool Waters, should the development continue, perhaps with a new stadium for Everton FC an additional landing stage to support fan arrival and dispersal would be a great addition. Similarly, Liverpool Echo Arena, while this is close to the Pier Head it would be great for events if a ferry service could operate to help those get to and from the arena. 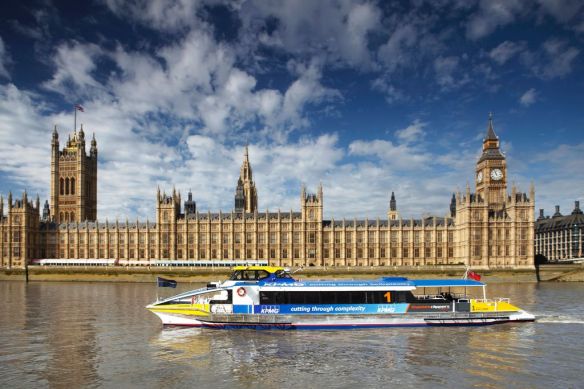 The fleet is aging with the ferries built in 1950’s. A modern fleet is a requirement to reduce operating costs. Two modern replacement ferries, would deliver this new more intense service.

The two ferries would operate from 7 am until Midnight, later of a weekend for events. Operating in opposite directions the ships would provide a quick and efficient service

While one of the current ferries would be retained, the other two should be disposed of.

One of the current ferries would remain in service as a back-up vessel, the logical ferry in this case would be Snowdrop, the current dazzle ferry, having been the most recently refurbished.

Snowdrop would provide cover for the other ferries during maintenance. She would also add additional capacity for bank holidays, cruise ship visits on so on. Snowdrop would be modified to hold a small restaurant.

The land to the south of Seacombe Ferry Terminal should be cleared to be a field, a perfect place for small outdoor concerts, walking the dog, fairgrounds. This area is away from housing and could be a great inner city escape.

The Woodside terminal should be partnered closer with the Wirral Transport Museum, working with National Museums Liverpool a new facility could be built on the opposite side to the U-Boat story.

The ferries should expand out of Liverpool, cruises down the Manchester Ship Canal should be continued, with cruises to Llandudno as an alternative added.

Famous across the world for the song ‘Ferry across the Mersey’. The ferries should grow to success rather than suffer death by 1000 cuts, LIverpool’s tourist economy is always growing and these ships can be an important part of it, as well as a functioning part of the cities transport system.

What would be your plans for the Mersey Ferries?

You can read my article on when I hired the Mersey Ferry here.